Are we alone in the universe? According to the United States government, the answer is still up in the air.

© NoneWilliam Jack Welch, a radio astronomer at the University of California, Berkeley, watches the radio telescopes of the Allen Telescope Array at the University of California’s Hat Creek Radio Observatory in Hat Creek, Calif., Dec. 4, 2011. Early in December, the Allen Telescope Array resumed hopping from star to star in the search for extraterrestial intelligence, but lingering financial problems threaten the program. (Ramin Rahimian/The New York Times)

The Pentagon’s unclassified report on Unidentified Aerial Phenomena (UAP) released in June contains a detailed analysis of data and intelligence collected by the U.S. military between 2004 and 2021. But while the report answers some questions, it says limited data and inconsistency in reporting leaves most UAP unexplained.

For the one-third of Americans who want to believe aliens are responsible, that means there’s hope. But scientists are quick to argue that unexplained observations don’t automatically point to Martians. “We don’t just gather around an idea we want to be true, declare it to be true, and thus, it’s true,” says Neil deGrasse Tyson, director of the Hayden Planetarium at the American Museum of Natural History. “It has to respond to inquiry and evidence.”

© NonePeople take pictures with alien statues at AlienFest during the UFO Festival on July 2, 2021 in Roswell, New Mexico. – The festival returns during the July 4th holiday weekend following the Covid-19 pandemic. A highly awaited US intelligence report on dozens of mysterious unidentified flying object sightings said most could not be explained, but did not rule out that some could be alien spacecraft. The report made no mention of the possibility of -or rule out – that some of the objects sighted could represent extra-terrestrial life. The military and intelligence community have conducted research on them as a potential threat. (Photo by Patrick T. FALLON / AFP) (Photo by PATRICK T. FALLON/AFP via Getty Images)

In other words, it’s all about the science. The fact that UAP are “unexplained” may merely mean we currently lack the data or scientific advances to better understand them. “In the past, atmospheric electricity phenomenon and upward-going lightning caused people to think it was sprites and elves,” says Hakeem Oluseyi, professor of physics and astronomy at George Mason University. “These things happen in a fraction of a second. Pilots saw [UAP] and reported it, and people said they were crazy. But it was a real phenomenon. If there’s something that’s ‘none of the above’ based on what we know at the time, you need to let all the data out, so we can study it.”

© NoneState of NASA event at NASA’s Goddard Space Flight Center on Monday, Feb. 10, 2020 On Monday, Feb. 10 NASA Goddard invited social media followers to an in-person State of NASA event. The all-day event highlighted Goddard science, engineering, and exploration to our Moon and soon, to Mars. Attendees learned all about Goddard’s role in the Artemis program, as well as the only NASA mission that’s currently in orbit around our Moon – the Lunar Reconnaissance Orbiter (LRO). They spoke with science experts about recent science results and beautiful images coming from the mission. The day featured a center tour, with opportunities to learn about how NASA is studying the potential hazards that astronauts may face from emissions from the Sun and other space weather, and more.  NASA/GSFC/Debora McCallum

But believers and curious skeptics alike don’t have to wait for another unclassified report to find out if we’re alone. Scientists at plenty of sites in the U.S. are studying the possibility of life beyond Earth, and many are accessible to the public.

The search for life in the cosmos requires input from a wide range of disciplines, from biology to planetary science, chemistry to exoplanet science, and geology to astrophysics.

Best deals on hotels and holidays! 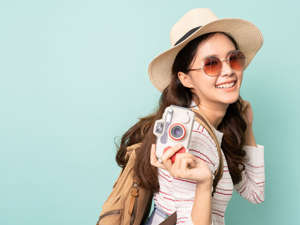 “The scientific search for extraterrestrial life is an experiment,” says Seth Shostak, senior astronomer at the SETI Institute. “On the basis of what we know, we assume that if we’re going to find life, it’s probably on a planet that has oceans and an atmosphere because that’s the kind of stuff you need for biology. Then you try and eavesdrop by pointing antennas in the direction of star systems that you think may have planets like Earth.”

For 36 years, SETI scientists have been doing just that, listening for signals from deep within space using enormous radio telescopes like the Allen Telescope Array. Located near Hat Creek in the Cascade Mountains of Northern California, the 42 massive antennas outfitted with highly sensitive and specialized receivers (covering radio frequencies between 1,000 to 15,000 MHz) scan for radio signals aliens may be transmitting. Scientists believe eavesdropping (rather than sending rockets) is the best way to detect alien life because of the enormous distances to the stars.

Earthlings can catch the Allen Telescope Array in action on a self-guided tour through the visitor center, which offers a window into the signal processing room. When COVID-19 protocols lift, the curious will be able to stroll up to the base of one of the giant dish antennas at SETI’s Very Large Array Radio Telescope facility in Socorro, New Mexico.

Researchers at the Green Bank Observatory, nestled in the hills of Green Bank, West Virginia, are not only keeping an ear to the heavens through a massive radio telescope, they’re fabricating Earth-bound tools that scientists around the world need to conduct their own radio frequency research. While the science center is closed due to COVID, self-guided tours enable walkers and bikers to rove the grounds. At home, SETI outreach programs stream live discussions and podcasts that reveal more insights into the work.

NASA’s Goddard Space Flight Center, in Greenbelt, Maryland, was established in 1959 as the organization’s first space flight complex. Today it’s home to the country’s largest organization of engineers, scientists, and technologists who build technology to study the universe. During the pandemic, virtual field trips and programs have children and adults alike playing scientist in projects like building satellites using household items and chatting with lecturers about current missions.

The Infinity Science Center, in Pearlington, Mississippi, aims to inspire the next generation of scientists with Earth and space science exhibits and educational programs in tandem with NASA’s Stennis Space Center, the country’s largest rocket test facility. Here, families can participate in a wide variety of experiences that explore the scientific building blocks of studying life on other planets, such as comparing geological formations and weather systems on Earth and elsewhere.

But you don’t have to voyage far to learn about planetary analogs. Locations on Earth and other worlds with similar environments help scientists make sense of our solar system. NASA’s virtual Analog Explorer rockets you to field research sites on Earth paired with their interplanetary counterparts, like lake-edge sediments in Turkey and an ancient lakebed on Mars, and subsurface ice in Iceland and the Lunar South Pole.

Hope for the future

Scientists like Shostak and Tyson, who engage daily with fans and critics, note that their dispassionate pursuit of information often puts them in the crosshairs of true believers.

“When investigated, many claims of supernatural paranormal phenomena have been shown to be something that fits well within the laws of physics that enables us to decode the nature of the universe, not only on Earth, but across the cosmos,” says Tyson. “That’s why I’m not at the forefront of these movements, trying to figure out if it’s actually something that completely transcends all science that has ever been discovered.”

Still, many scientists say that the Pentagon taking the topic seriously brings us a step closer to demystifying UAP. “That the government was willing to publish a report saying there are things in the sky that could be threatening to national security, but they don’t know what they are is really significant,” says Jacob Haqq Misra, research scientist at Blue Marble Space Institute of Science. “At least now there’s a more concerted effort and hope for cooperation among various government agencies to share data.”

So is there hope for the future? Some—even in the scientific community—believe there is. “The question is not if we will find life on other planets, but when,” says Ravi Kopparapu, planetary scientist at NASA’s Goddard Space Flight Center. “NASA is launching at least a couple of missions and telescopes coming up in the next decade, and I think we’re at a watershed moment to find extraterrestrial life within our lifetime.”

“Can you imagine the magnitude of the impact that will have?,” he adds. “I’m quite excited for that.”

SOURCE; Where earthbound travelers can search for extraterrestrial life (msn.com)