The Duke and Duchess of Sussex have dedicated the website for their Archewell foundation to remembering the victims of 9/11 on the 20th anniversary of the terror attacks.

The website for the charitable organisation, founded by Prince Harry and Meghan Markle in 2020, now features a black background and the words “In Memoriam September 11, 2001” at the top of the page.

Below the words are rows of the names of the people who died in the tragedy. Almost 3,000 people were killed in the attacks, making it the deadliest terrorist attack in human history. 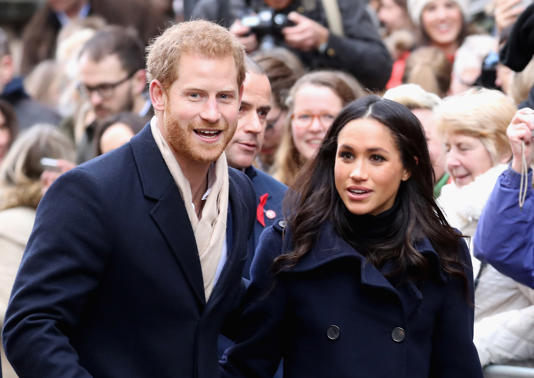 It comes as the Queen released a statement remembering her visit to the site of the attack in New York City nine years after it took place.

In a message to US president Joe Biden, she said: “As we mark the 20th anniversary of the terrible attacks on September 11 2001, my thoughts and prayers, and those of my family and the entire nation, remain with the victims, survivors and families affected, as well as the first responders and rescue workers called to duty.

“My visit to the site of the World Trade Centre in 2010 is held fast in my memory.

“It reminds me that as we honour those from many nations, faiths and backgrounds who lost their lives, we also pay tribute to the resilience and determination of the communities who joined together to rebuild.” 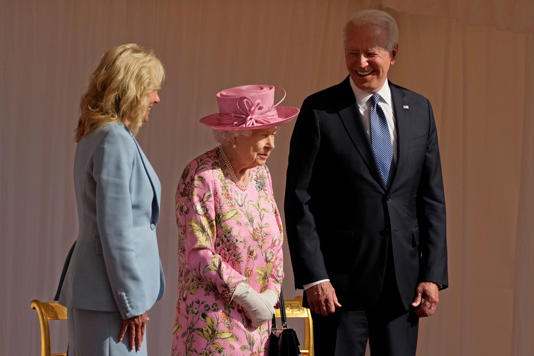 © APFile: In this June 13, 2021, file photo US President Joe Biden and First Lady Jill Biden smile while standing with Britain’s Queen Elizabeth II watching a Guard of Honour march past before their meeting at Windsor Castle near London. (AP Photo/Matt Dunham, Pool, File)

The Prince of Wales and the Duchess of Cornwall also issued a tribute, writing on social media: “On the 20th anniversary of the 9/11 terrorist attacks, we remember all those who lost their lives and pay tribute to the tireless work of the emergency services some of whom paid the ultimate sacrifice to save others.”

World leaders and figures have been marking the 20th anniversary of the attacks on Saturday. 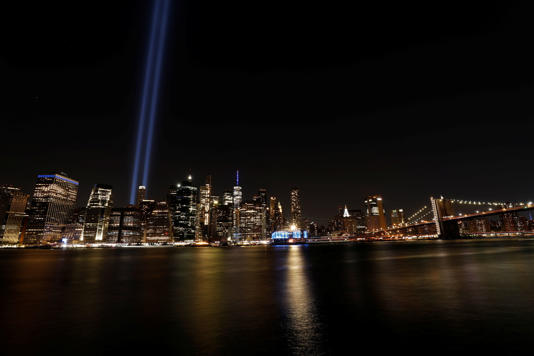 © ReutersA general view of the Tribute in Light installation and the World Trade Center on the 20th anniversary of the September 11 attacks, from Brooklyn, New York City, U.S., September 11, 2021. REUTERS/Mario Anzuoni

In a video released ahead of the anniversary, Biden called for unity, describing it as the “greatest strength” of the US.

“We honour all those who risked and gave their lives in the minutes, hours, months and years afterwards,” he said.

“No matter how much time has passed, these commemorations bring everything painfully back as if you just got the news a few seconds ago.”